Survivor of the world of machines. Multiman is the only necessary element to transport you to the “here and now“. This human multi-tool, sound engineer, graphic designer and photographer uses his wide knowledge about electronics, music theory and multimedia applications becoming a curious symbiosis between the machine and man.

Since 2003 he has been performing live electronic music without any computer, developing his own software and hardware applications for experimental and interactive installations.

Different sonic landscapes from the parallel universe that recreate the perfect atmosphere to illuminate the dark and unknown paths of the human psyche.

Accompanied by multiple toys that he modifies, CIRCUIT BENDING GEAR, synthesizers, samplers, 80´s computers AND handmade MUSIC devices, this artist will make you hallucinate and turn you into the honor passenger of his spaceship.

Currently he resides in the mountains of Andalusia, Spain, continuing to make psytrance music, mastering and graphic design for European labels. Alongside, he is working on his own experimental audio-visual projects as well as creating devices from the future…

I started my relation with music from a very young age. At age 8 I learned to play alt saxophone, played in the local music band and a jazz big band.

I did graffitis back in 1996, around that time, my father introduced me to analog photography, which inspired me in to the world of light and image.

Around the year 1999, I made my first music album for a local Hip Hop group, where I made the photography, covers, composition of the instrumetnals, and was the DJ aswel as one of the singers. This lead me to become a DJ playing electronic genres such as Elektro, BreakBeat and Techno.

In 2002 I went to do a degree in artistic photography in the School of Fine Arts of Granada. A key momment  in my career, being fully focused on analog and old fashion methods, light techniques, chemical prints and image psycology, aswel as making a few video-art pieces with political criticism.

At the time I made CD covers for my own DJ sets and music, nothing complicated but then it came a day when I wanted my own website. I asked a friend who answered… “well, for you, just 3.000 euros…” So I decided to learn graphic and web design, that was the begining of the “Multiman” concept and the consolidation of Maledictis as a multi faceted studio/space.

I discovered the Psytrance genre in 2004, fell in love and started to perform my music live with synths, samplers and grooveboxes. I also completed a degree in sound engineering.

In 2008 I moved to England and lived there for three years. It was in Brighton where I started to work with 3D modelling, fractal art and experimental software.

In 2010 I signed a contract with BMSS Records in regards to my music. It also gave me the chance of offering myself as a graphic designer.

In 2012 I signed with Maharetta Records, a new born Spanish label with the very best spanish and international artists. Since that moment I have been consisntently doing mix & mastering, creating CD covers, flyers & posters, t-shirts and other promotional stuff related to these record labels and music organisations.

In the year 2013 I started my Inspektor Gadjet project, in order to separate Multiman, from the crowded DIY side, tutorials, sound libraries, software and manufacturing of devices.

This lead me to my collaboration with Mode Machines, a German manufacturer of Audio-Synths-Gear which offered me the chance to license my own invetions, designing Front panels for their devices and many other tasks related to engineering, demos, Graphic design and web master duties.

My most recent works have been involving the use of many differet
techniques such as photography, fractal art, 3d modelling, stereoscopic
visuals, animations, interactive installations, augmented reality,
Arduino… and many, many more to come! 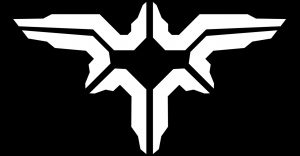