Music composer and producer since 1998, performing as DJ, Rapper and playing Live sets with music gear. Covering diverse styles within Hip Hop, Elektro, Break Beat, Techno, Psychedelic trance as well as experimental and ambient. As musician and producer acting under the name of MULTIMAN, I have performed my own music using only hardware in shows across the entire European continent. Attending many of the largest events performing side by side with some of the top artists worldwide.

Within the professional field of Recording, Mixing and Mastering, I work as studio engineer both in my self-owned studio and established professional sound studios. Thanks to my passion for sound physics and acoustics I have acoustically treated my own and several other sound studios. My works also include operating as microphonist and sound designer in documentaries and films. One of my latest achievements has been composing music for multi-media advertisements and for international clothing firms such as “OYSHO” (Indexit and ZARA Clothing Group).

Photographer, graphic & web designer in numerous companies, record labels, audio-gear manufacturers, and solo artists across the world. My passion for design and image has been a huge motivation in learning about video editing, colour grading and infographics. I also perform as Drone Pilot, developing techniques for 360 video and photography, VR (virtual Reality) AR (Augmented Reality), 3D scans and photogrammetry. Some of these works focus in achieving immersive experiences for blind people.

I am an autodidact mechanical engineer, having achieved engineering works for established companies with prototyping R+D and in manufacturing. My works include diverse areas within PCB design and testing, enclosure design, 3D Printing, 3D CAD design and CNC machinist. I am an experienced product specialist and act as Beta tester for quality control. I have attended international sound events such as NAMM Show in California and MUSIKMESSE in Frankfurt providing demos and explanations for distributors and customers.

Since the year 2010 I’ve been generating solutions for my own challenges within the gear and tech sphere, which in some cases these inventions evolved into fully-fledged commercial products. I have accomplished several MIDI solutions such as an USB to MIDI Host (CEREBEL-USB), several iterations of a Laser Harp (ETHERUS), MIDI controllers, FX and Synths. Having a strong believe in “Open Source” solutions, I have created projects using the well-known platform “Arduino” allowing users to expand the functionality of the devices I’ve created.

In 2012 I started my own YouTube Channel, I began simply uploading my DIY projects and footage from workshops I teach, as well as music videos from gigs and performances. Over the years my channel has evolved to documenting my inventions and demos of machines, leading to the creation of my other website, project, and alter-ego “Inspektor Gadjet”. This DIY side of me has brought about some amazing collaborations with manufacturers around the globe, and currently serves me as a site where I share tutorials, offer sound libraries, Binaural Microphones and of course, many more things to come. 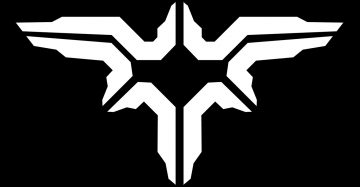